CD/DVD set will be released on April 13th, 2018 via Provogue Records/Mascot Label Group

Watch Hart Perform “Tell Her You Belong To Me”: https://youtu.be/42yLRmDqqfE

On March 7th, 2017, the GRAMMY nominated “powerhouse vocalist” (Rolling Stone) Beth Hart performed a very special, intimate concert at NYC’s Iridium Jazz Club, which featured songs from her latest album ‘Fire on the Floor’ and from throughout her career. Now, 13 years after the release of her incredibly successful live release, ‘Live at Paradiso,’ Hart is treating fans to a DVD/CD release of this standout performance with ‘Live From New York – Front & Center’, out April 13th via Provogue Records/Mascot Label Group. The performance is also featured on the Season 8 premiere episode of Public Television’s critically acclaimed concert series, Front and Center (airing now, check local listings).

Known for her visceral, soul-baring vocals and dynamic range, Hart is riding a creative tidal wave following the release of her critically acclaimed 2016 studio album, ‘Fire On The Floor’, as well as her just-released studio collaboration with guitarist Joe Bonamassa, ‘Black Coffee.’ Leveling audiences with her incredible power and celebrated burnt-honey vocals for 20 years, Hart has just launched a 16-date coast-to-coast US tour, which will be followed by a European tour in April-May 2018.

Hart has had an incredible career, beginning with the release of a fistful of hit albums through the ’90s, then reigniting in the post-millennium as both a solo artist and the head-turning vocalist for guitar heroes like Joe Bonamassa, Slash and long-time collaborator Jeff Beck. But it’s in recent times that Beth has truly blossomed, selling out ever-larger venues in cities around the world, including New York, Los Angeles, London, Paris, Berlin, Milan, Amsterdam, and Copenhagen. She is recognized as one of the great live vocalists of our time, with a voice “reminiscent of Etta James and Janis Joplin” (Music Connection), topping Billboard’s Blues Album Chart and receiving numerous GRAMMY and Blues Music Awards nominations. Dubbed “the ultimate female rock star” by The Blues Magazine, the Guardian has praised her “daring, brooding performances” and The Times has called her “Extraordinary.”

‘Live From New York – Front And Center’ will be released as a 2-disc DVD/CD set, mixed in 5.1 stereo, featuring never before seen bonus material, including an exclusive interview with Hart. The audio from the performance will also be sold separately as a digital release. 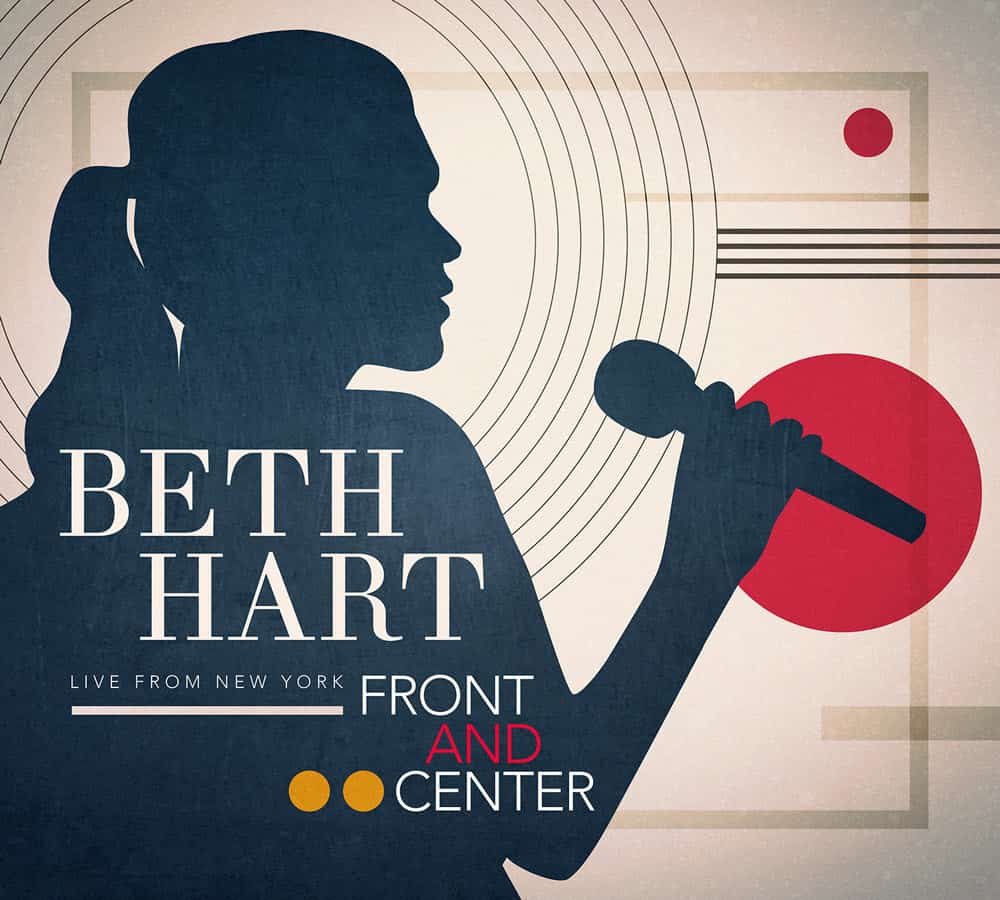